Voice Over IP Benefits And Management

Voice Over Internet Protocol (VOIP) can give a lot of flexibility to business communications, but you'll need the proper networking skills to truly unlock the potential. From data sharing during calls to slim, efficient video calls, consider a few ways that VOIP can supercharge business communications and different ways to make VOIP work even better.

VOIP is a technology that changes audio--namely voice--into a signal that can be understood and moved by computers, then changed back to sound that people can understand. There are many different techniques used for VOIP, ranging from smaller file sizes for faster (and less likely to be lost) movement of information to better quality.

The different methods of encoding and decoding VOIP conversations are handled by a set of instructions called codecs. These codecs are often chosen by the network administrator handling your VOIP equipment, but can be selected from a limitless community of professional and hobbyist developers--a mixture that results in new and more efficient discoveries every day.

Since VOIP travels across network lines, you'll need a powerful computer network. Although many people may scramble to get the best Internet connection available, it's worth noting that Internet VOIP calls aren't just limited to the Internet. Your company can use VOIP technology for Internet communications with existing, modern network equipment that is usually fast enough out of the box.

What Can VOIP Do For Internal Communications?

The Internet uses of VOIP are well known--making voice and video calls over the Internet. Along with Internet calls, there are a few great internal benefits to enjoy.

Many older businesses had to deal with a confusing mess of wires and switch boards that had to be physically maintained. It wasn't just expensive for the businesses; the telephone company would have to spend precious resource hours to send technicians to fix and often replace pricey copper wires.

With VOIP, the maintenance becomes easier. Your maintenance still exists and is still important, but technicians will only have to deal with network routers, switches and network cables that are more durable and more easily replaced than copper and switch boards.

Instead of wiring each office with a confusing set of wires, your employees could either use a digital phone on a computer of connect an Internet Protocol (IP)-capable phone. To avoid specialization, there are many IP phones that double as traditional, copper wire-connecting phones. Internal phone numbers can be organized on site by phone system professionals and can be changed at a whim. 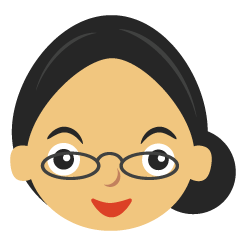